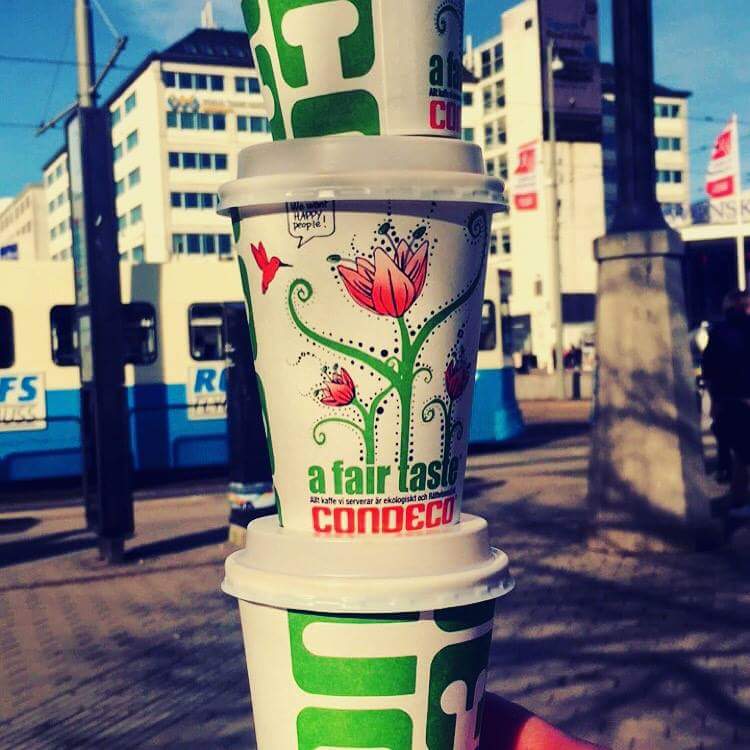 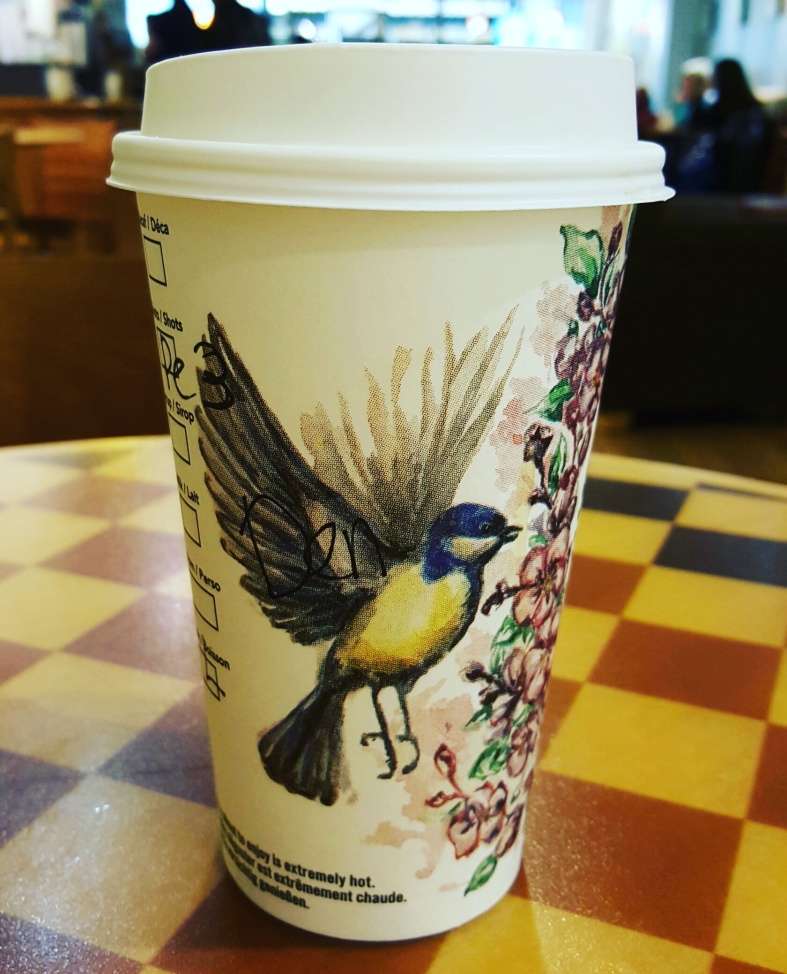 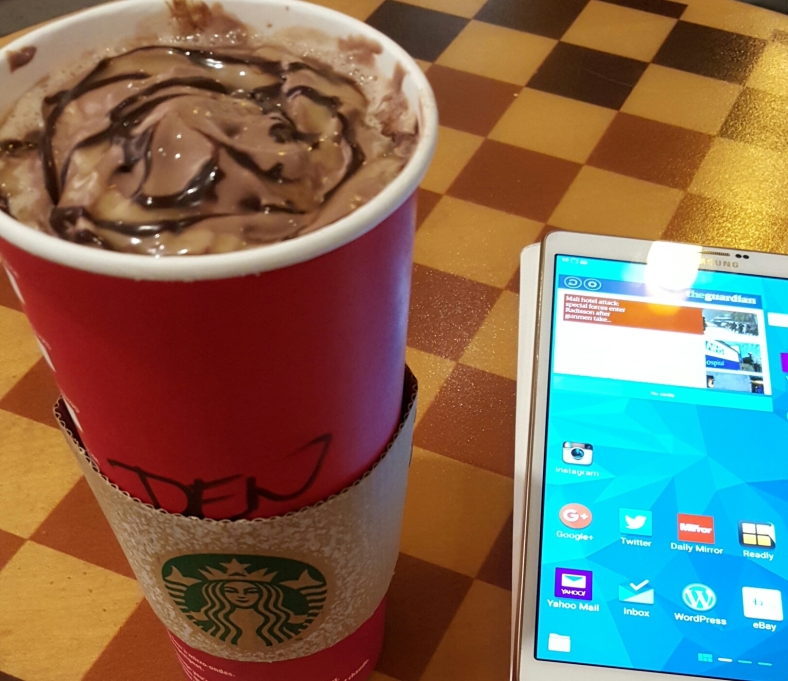 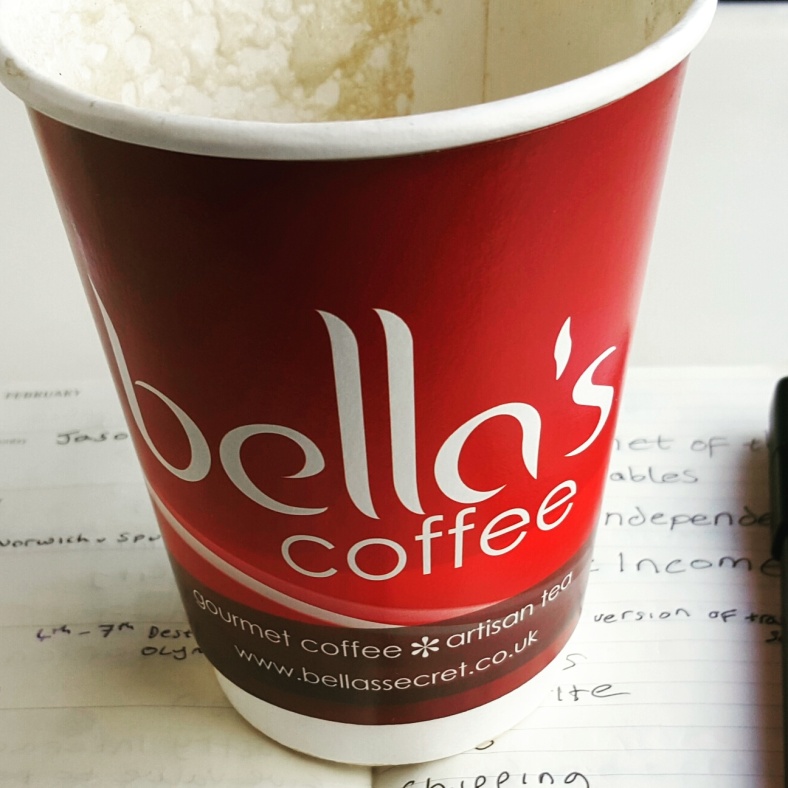 Sometimes, even when I’m not ordering to go, I like my Coffee in a Paper Cup. The large sizes of Lattés and other flavoured Concoctions in Particular seem to me to be more enjoyable in a large paper cup. Is that feeling real or just the confirmation that I have succumbed to a clever marketing ploy?

This Spring and last Autumn Starbucks released special edition decorated cups. Every Winter Starbucks bring out their Red Seasonal cups with much fanfair and most of the other Coffee chains have some kind of decoration to celebrate the holiday season. This year there was some religious controversy with some groups boycotting Starbucks red cups for being too red and having no religious themed graphics whatsoever. I personally think it’s ridiculous to have any expectations for a company to brand one of their main marketing tools in a way which pleases only a part of their customer base.
The amount of publicity at the time only goes to show the impact a paper cup design can have.

What about the environmental impact of all these cups ?
Soon after the UK Government introduced a Surcharge on Plastic Carrier bags of 5p some newspapers started asking questions regarding disposable consumables and paper coffee cups quickly topped that discussion. Most of the large Coffee chains made claims of doing things in a green sustainable way.
I have long had the view that cleaning aids and detergents used for cleaning traditional crockery has a much underestimated environmental cost and even the process of manufacture for these products can be weighed against the disposal of paper cups and other take out items.