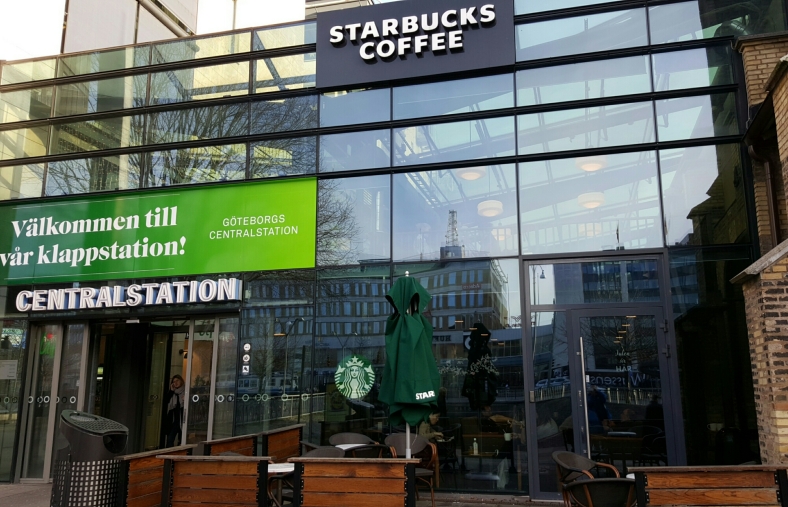 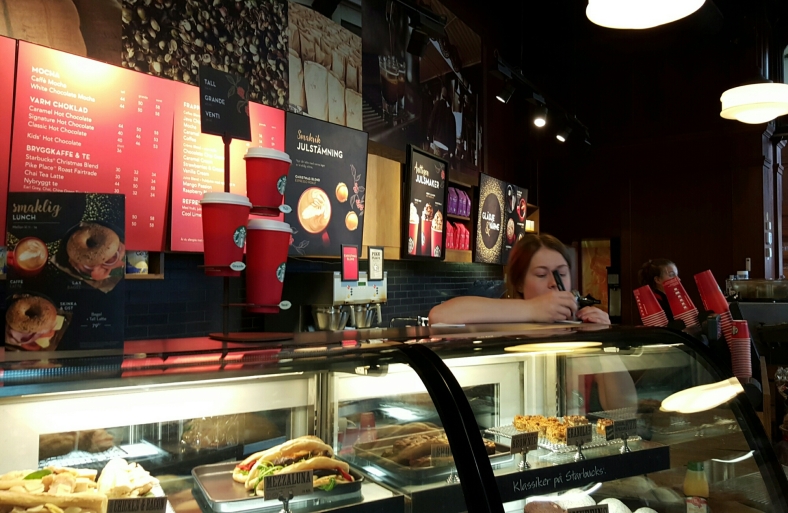 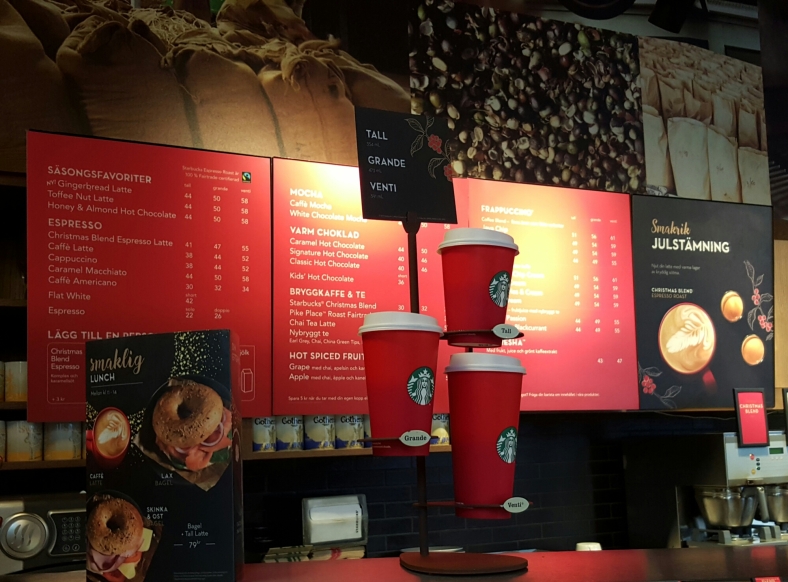 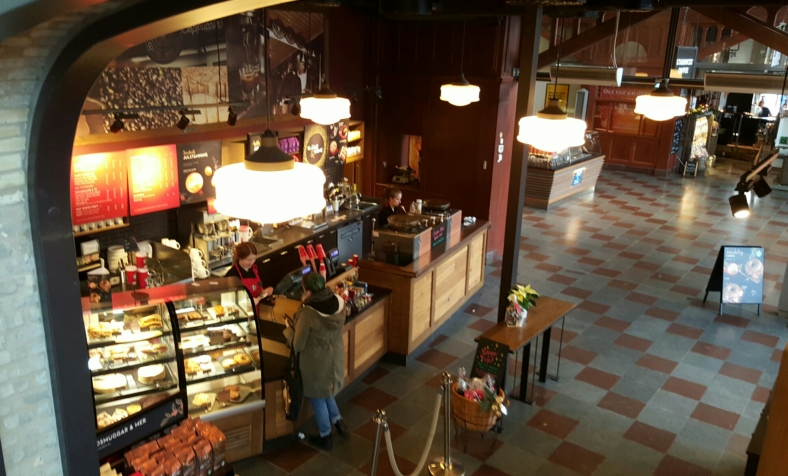 Until recently there were no Starbucks Coffee houses in Sweden then a couple of years ago one appeared at Stockholm’s Arlanda Airport. There are now several but they are still relatively rare for Sweden.
Today I visited one at Gothenburg’s Central Rail Station.

The overall brick and wood appearance was in keeping with this grand old station and on entering I was immediately  soothed by the calming atmosphere inside. Not at all like I had come to expect from Starbucks.

A lady in front of me was ordering in English and I could see that the girl serving took great delight in helping her in absolute perfect English.

My UK starbucks card wasn’t valid so I had a local loyalty card stamped as I ordered a tall Latte for 38kr
The Staff were very friendly and really Cheerful.  I got the feeling they were happy to be there.

Normally in Starbucks they ask your name and in the past I’ve had Ben written on the Cup instead of Den so I started staying “Den as in Denmark” I forgot that here Denmark is written Danmark so they wrote Dan on my cup.

The Latte was much like any other from Starbucks however here I was able to relax and enjoy it.

There was a nice but small upstairs seating area and Free WiFi was provided courtesy of the Cental Station.